What can we say, we LOVE to catch SALMON & HALIBUT!! Pacific Rim Guest Lodge & Fishing Charters offers five star accommodations and action packed fishing charters for Salmon & Halibut in Ucluelet. We are located in the province of British Columbia, Canada on Vancouver Island. Ucluelet is world famous for outstanding fishing for Salmon & Halibut.

Our catch rate is twenty to eighty fish a day per boat!

This year’s forecasts include a return of more than 1.6 million Chinook salmon – which would be the largest since record-keeping began in 1938. A return of nearly 1 million  coho salmon is expected back this summer as well.Salmon fishing on the west coast of Vancouver Island in Ucluelet this summer could be great thanks to an abundant run of hatchery coho and a potentially historic return of Chinook, accordingly  to DFO reports.

Outstanding Opportunities for anglers this 2014 season where record returns of Chinooks and Coho;s are expected.  this year.

The forecasts – developed by  DFO  – for chinook, coho, sockeye and chum salmon were released at a public meeting today, marking the starting point for developing 2014 salmon-fishing seasons.”It’s early in the process, but these forecasts point to an exciting summer of salmon fishing, “This year’s forecasts include a return of more than 1.6 million  chinook salmon – which would be the largest since record-keeping began in 1938. A return of nearly 1 million Columbia River coho salmon is expected back this summer as well.

“This certainly could be a banner year for summer salmon fisheries.

As in past years, salmon-fishing prospects in 2014 vary by area:The abundant coho salmon return projected will contribute to fisheries off the coast of  Vancouver Island as well, says DFO”This is the first time in more than a decade we have had exceptionally strong forecasts for chinook and coho in the same year,” DFO said. “That’s good news for anglers because those abundant runs could result in higher catch quotas for both species this summer in the ocean.”A strong run of coho salmon is expected back  as well. Nearly 873,000 coho are forecast to return to the Sound’s streams.Another possibility is bonus bag limits for sockeye during summer salmon fisheries in marine areas around the Ucluelet and in the Strait of Juan de Fuca. “About 23 million sockeye salmon are forecast to return to Canada’s Fraser River.

Few memories last as long as those surrounding your first fishing trip. You probably still remember the sights, sounds and smiles of the occasion vividly, and you probably look back on the outing fondly. Now, so many years later, it is time to introduce your children to angling.

You certainly don’t have to do anything fancy to introduce children to the sport, but it helps to have a good game plan in place.

When you introduce your children to fishing, it is important to consider the totality of the event. This not only means catching fish, staying safe and having fun, but it also means understanding the importance of conservation and empathy. 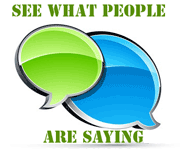